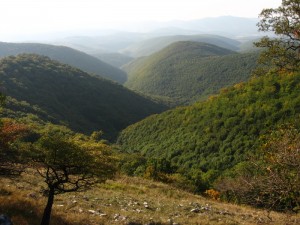 Miskolc is the seat of Borsod-Abaúj-Zemplén County in Hungary. As the most populated city of the largest county of the North-Hungarian Region it plays a central role in the administration, economic and cultural life of the region. Miskolc is situated at the edge of the Északi-Középhegység (North-Upland) in the so called Gate of Miskolc. The city is the geographical centre of the regions of Borsod-Abaúj-Zemplén County: the Bükk Mountains, the Cserehát, the Zemplén Mountains and the edge of Alföld (Great Plain) meet here. As county seat, Miskolc has an enhanced role in the area of education: around 50 primary schools and secondary schools can be found in the city. Secondary schools play a significant role in the training of young people living in Miskolc and elsewhere in the county. 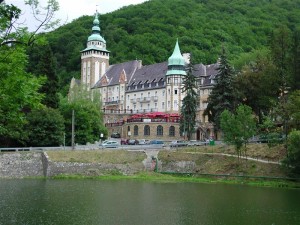 The heights of the Bükk Mountains, the swift creeks, the natural environment of Lillafüred and its fresh air are a dream destination for all tourists who like active recreation. The best known attractions of this vacation resort are the Hotel Palota by Lake Hámori, the highest waterfall of Hungary, St Stephen Cave (dripstone) and Anna Cave (one of only three lime tufa caves open to the public in the whole world). 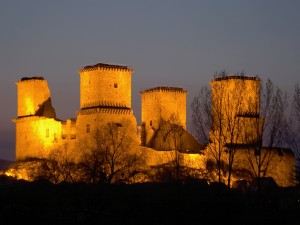 A lane lined with horse-chestnut trees leads to the Diósgyõr Castle. The “Castle of Queens” is one of the most popular sights in Miskolc. The knight’s castle with four towers has a splendid view of the surrounding mountains. The visitors of the castle may enjoy various cultural programs every summer. The weapon and armour exhibition and the waxwork collection are open to the public all year.
Downtown Miskolc can boast of numerous architectural, artistic and historical sites. The hill in the centre of the city, Avas, is the cradle of European culture. 70,000 years ago – earlier than in the Neander Valley – our ancestors mined flint on the hill, made tools out of it and traded them. 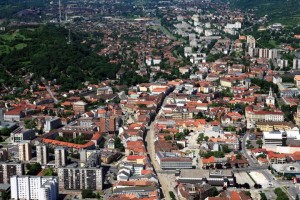 The Reformed Church and its bell tower built on Avas Hill are among the most important sights and monuments of the region. On the pedestrian promenade – a tract of the longest street in Europe, covered here with ornamental pavement – you can see a number of old houses in baroque and eclectic styles. They preserve the atmosphere of the past. One of the most important monuments is the 16-metre high altar screen in the Greek Orthodox Church with 88 icons. It is truly unique in Central Europe. The collection of the Hungarian Orthodox Church Museum is just as valuable. The first stone theatre that presented Hungarian language performances is the Miskolc National Theatre. 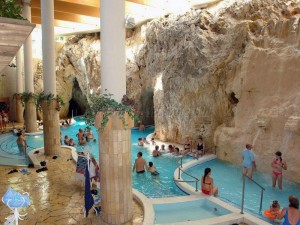 Today, it is a modern complex with five stages, and is a magnet for lovers of culture. It is also a venue of the newest and internationally best known event held in Miskolc, the “Bartók + …” International Opera Festival. The Graphics Biennial, an event with decades of history organized by the Gallery of Miskolc, is also exceptional. This is the most important event for graphic art in Hungary. The exhibition at the Miskolc Gallery in the Ottó Herman Museum presents the most detailed overview of the history of Hungarian fine arts – after the National Gallery – from the 1700s till the mid 20th century. The cave bath in Miskolc-Tapolca is a true miracle. 30°C natural thermal water has been running in the cave since the 16th century. The cave offers an experience for visitors, who may enjoy medical and wellness services, too. There is a fabulous park in the valley; its special climate is guaranteed by cold- and hot water springs. 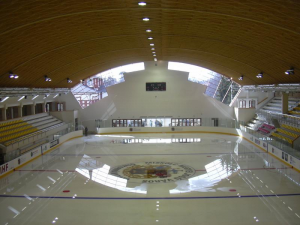 The arena has 1,800 m² ice surface which makes it suitable to host qualified international events. The ice surface can be covered with a moveable floor thus the multifunctional sports hall can arrange other sports and public events. The grandstand is divided to 10 sectors and has 1,304 seats and an additional 30-seats VIP box. The hall has a complete backroung service (dressing rooms, technical rooms, etc.) and is equipped with modern technical equipment. The ceiling-mounted lighting system can produce 1200–1400 Lux, which makes the arena suitable for television broadcasting. 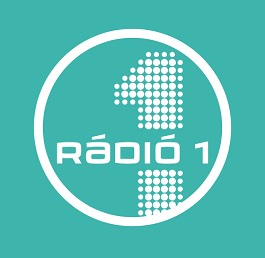